The second day of celebrations marking Queen Elizabeth II’s 70-year reign began with members of the royal family, including Prince Harry and Meghan, Duchess of Sussex, attending a religious service at the famed St Paul’s Cathedral in central London on Friday.

The Queen, however, remained at home after experiencing “discomfort” on Thursday, the first day of the Platinum Jubilee. Buckingham Palace said in a statement on Thursday evening that the Queen had “greatly enjoyed” the jubilee’s opening events and made the decision to miss Friday’s service “with great reluctance” after “taking into account the journey and activity required to participate.”
The Queen made two appearances on the Buckingham Palace balcony Thursday to the delight of thousands of flag-waving supporters below.
A Buckingham Palace spokesperson told CNN on Friday that the Queen would be watching the thanksgiving service on television from Windsor Castle. Her son Prince Andrew was another notable absence from the religious service after testing positive for coronavirus. 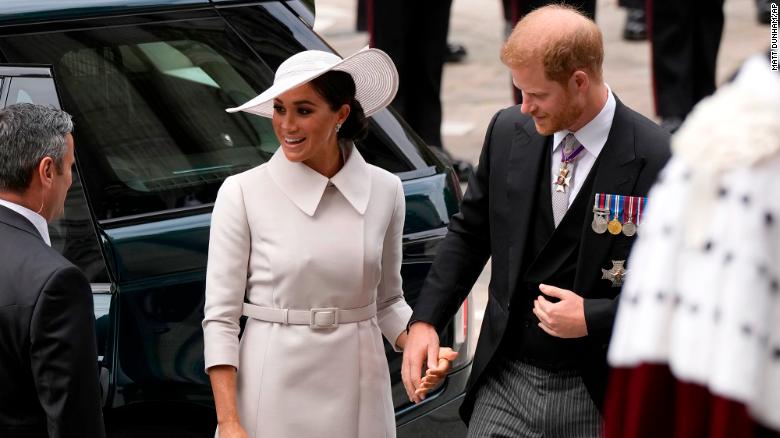 Meghan and Harry, who flew from the US for the jubilee celebrations, were warmly welcomed by the crowd, arriving with cheers. Ahead of the event, there was much speculation in the British press over how the couple would be received following their decision to step back from the royal family and move to California two years ago.
The public was less enthusiastic toward British Prime Minister Boris Johnson, who was both cheered and booed as he arrived with his wife, Carrie.
The final guests to arrive at St Paul’s were Prince William and Catherine, Duchess of Cambridge, followed by Prince Charles — the heir to the throne — and Camilla, Duchess of Cornwall. 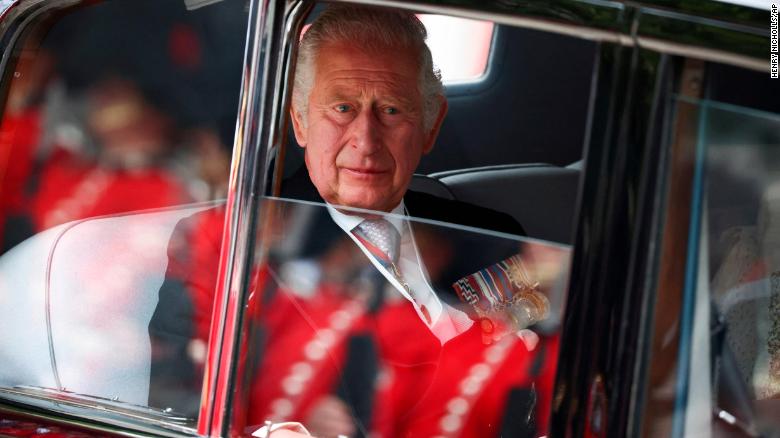 More than 400 people from all four nations of the United Kingdom were invited to the event to recognize the Queen’s lifetime of service. The congregation included key workers, teachers and public servants as well as representatives from the Armed Forces, charities, social enterprises and voluntary groups, according to Buckingham Palace.
London Mayor Sadiq Khan was among those in the audience.
The service was a chance for the royals to come together in recognition of the much-loved matriarch.
“Yesterday it was one big party, one big spectacular, fabulous, party, with a flypast and the amazing tribute to the armed service. But today is much more solemn,” said CNN royal historian Kate Williams.
The event was the first time the public was able to get a good glimpse of Harry and Meghan. They were seated in the second row, alongside Princesses Eugenie and Beatrice, the daughters of Prince Andrew, and their husbands. 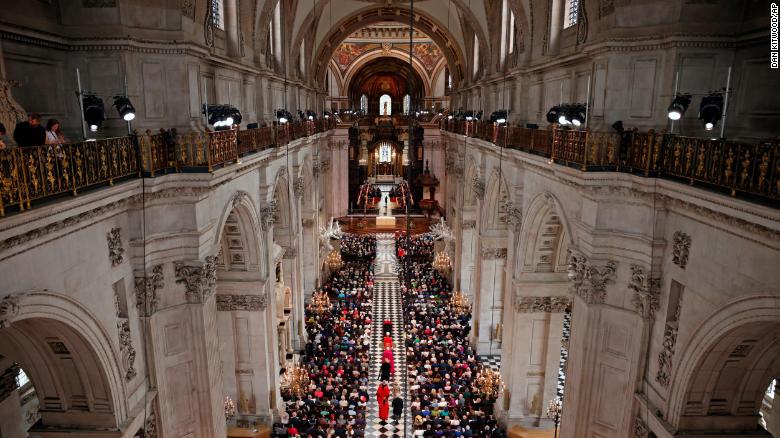 The couple also attended the Trooping the Colour ceremony on Thursday, but kept a low profile in what was their first joint outing at a royal event in two years by watching proceedings from the Major General’s Office overlooking Horse Guards Parade.
Harry and Meghan did not join other royal family members for the traditional balcony appearance following the parade as the Queen decided last month that only working royals would be invited to that moment.
While Trooping the Colour celebrated the Queen’s official birthday, it also served as a curtain-raiser for her four-day jubilee weekend. Festivities will also include a concert at the palace on Saturday and a pageant on Sunday.
The theme of Friday morning’s event, formally called “The National Service of Thanksgiving to celebrate the Platinum Jubilee of Her Majesty The Queen,” was public service. The Dean of St Paul’s, David Ison, ledthe service, which included Bible readings, prayers and congregational hymns to honor the Queen’s 70 years on the British throne.
St Paul’s marked the occasion by ringing itsbell — the biggest in the United Kingdom, weighing more than 16 tons. Friday’s event was the first royal occasion at which it rung out since its restoration in 2021.
After the service, the Lord Mayor of London, Vincent Keaveny, will host a reception for the royal family and their guests at Guildhall, where the local government headquarters is located. Keaveny leads London’s financial district, known as the Square Mile.
Source:cnn.com